Let’s get it straight Can Paintball Break Window? Damaged windows and broken glass aren’t a big deal if you’re playing paintball on a designated field. However, if you intend to play paintball on your own land, this is something to consider.

Despite the fact that paintball rounds are brittle and break apart on impact, they travel at great speeds and have the potential to shatter glass. This, however, is dependent on the sort of pistol you’re using, the paintball round you’re firing, and the thickness of any glass you could come into contact with.

The majority of high-quality paintball weapons are built to fire. 68 caliber projectile moving at 280 fps (190 mph). Aerodynamically engineered paintball pellets might reach a target at a range of 80 to 100 feet in typical conditions.

To put things in perspective, real bullets travel at a speed of 2500 fps, therefore paintball shots are rather safe. If fired from a short distance, projectiles fired by the greatest paintball guns at 280 fps are enough to harm anything, including glass windows. The ability to damage a glass window is determined by the distance, shape, and size of paintball gunshots, as well as the target’s strength.

As previously stated, the ability to produce damage is determined by projectile ballistics. When it comes to speed, pallet type, and out-of-bounds regions, following paintball battlefield laws and guidelines reduces the risks of causing harm to your opponent and property.

If you’re playing in the backyard with friends, it’s a good idea to draw a map of the area and set ground rules with consequences to avoid any significant harm. To keep your eyes protected from paints and direct hits, you should wear all necessary safety gear, including a paintball mask.

Yes, in a nutshell, although it depends entirely on the type of window. Windows in buildings are especially vulnerable to shattering if a paintball round collides with them at high speeds. If the window is of an older, single-glazed design, this is especially true.

Buildings are normally placed far away from the playing area, although this is not the case with cars. The good news is that the glass used in automotive windscreens and windows is typically significantly more durable than the glass used in building windows.

Paintball shots shot at close range will struggle to inflict any damage to car windows, which are composed of strengthened and tempered glass. To avoid potential harm, you should avoid firing shots in close proximity to cars.

Although most windows can withstand a direct hit from a paintball projectile, other types of glass are more likely to fracture and break. Glass bottles and beakers, for example, will quickly shatter if a paintball round comes into touch with them. You should resist the urge to fire on such targets. Although firing a gun at a bottle is unlikely to cause significant property damage, shattering glass poses a risk of harm.

READ:  [Updated] What is Speedball Paintball? | What You Should Know

Some Popular Types of Paintball Markers with Damage Potential

Aside from safety and precautions, the possibility of a window break is determined by the speed and mass of paintball projectiles, as well as the distance they travel with force. Here are some of the most common paintball markers to assist you make a better decision so you may play safely and prevent damaging your windows.

The pump paintball gun is the first of its kind to be designed to leave a mark from a reasonable distance. A pump-based paintball gun provides a very mild force to shoot pellets out of the barrel when compared to modern automated paintball guns. To shoot, the marker must be pumped and the pellet chambered each time, just like a shotgun. In terms of damage, it is the least lethal, although if shot from a short distance, it might break a thin glass window.

To boost firepower and precision, semi-automatic firearms have been developed. To let the gun do the rest, all you have to do is aim and push the trigger. Because you don’t have to bother about reloading, you can shoot repeatedly without becoming fatigued. Semi-automatic firearms are more dangerous than pump-action weapons, and if not used properly, they can inflict significant injury.

Every warrior aspires to rule the battlefield with maximal firepower in order to destroy opponents as quickly as feasible. But to do so, you’ll need a gun that can shoot a lot of bullets quickly and accurately. The three-shot burst mode on modern paintball guns gives you the ability to fire three bullets at once. If there are any glass windows in the area, you should be extremely cautious when using this pistol, as a misstep could cause the glass pane to shatter.

Ramping paintball guns are a good choice if you want to fire quickly while maintaining control. All you have to do is consistently pull the trigger, and the pistol will do the rapid-firing for you. You can use a chip-controlled fire-powered feature to swap modes according to fighting tactics. Most sophisticated paintball guns have a mode selector that allows you to choose between ramping, burst, or semi-automatic firing. Because these firearms are designed to eliminate targets, the intensity of the rounds will shatter your glass window.

If you want greater control and sophistication so you can concentrate on combat tactics, full automated paintball markers are the way to go. You won’t have to pull the trigger as often as you would with a typical ramping gun. Damage potency is also realistic because these are made to seem like genuine guns.

The damage is not caused by the pistol or the pallet. The potency of damage rises as your aim and calculating improves. If the glass window is in the path of the pallets, you have the option of pulling the trigger or waiting for a better chance to avoid unnecessary mood harm.

[Updated] Can Paintball Masks Be Used for Airsoft? | The Real Truth | 2021 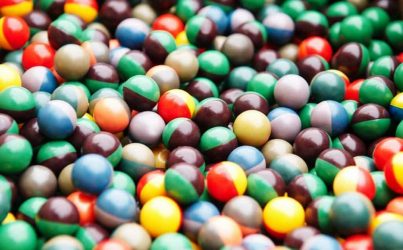