How To Play Paintball Like A Pro (Paintball Guide 2021)

This article contains How To Play Paintball Like A Pro. This is a comprehensive guide for all beginners. Paintball has the potential to turn your mates into competitive rivals.

It’s a demanding sport, and every novice is anxious before their first match. A thrilling sport in which players use compressed-air weapons to compete in teams or individually.

If you want to learn this sport, the first thing you should do is familiarize yourself with the basic equipment, laws, and regulations, as well as the types used on the sports field.

While paintball is a fun activity for anyone who participates, being on the winning team makes it even more enjoyable. Knowing how to play paintball at a high level will make the game more engaging and immersive, so here are some pro-pointers to get you started!

To play this game, the player must be aware of and adhere to the game’s rules. In addition, the player may need suitable equipment for this game. If you play paintball on a regular basis, you can purchase the equipment, or you can rent it if you just play for fun. It is important to locate Paintball equipment for both yourself and your teammates while playing Paintball. It’s possible that the paintball pistol is

Compressed air can be used to run the marker, which fires paintballs at a high rate. If you’re a novice, a marker between $100 and $150 is a good place to start. We suggest high-end versions that cost more than $500 for seasoned and skilled players. 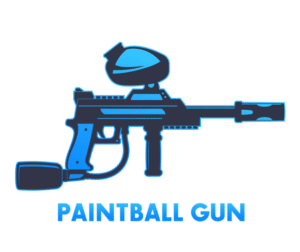 It’s important to find the right paintball gun for you while you’re playing. You have the choice of using a machine gun or an electric gun. You may be wondering what the distinction is between these two forms of weapons. If you want to play paintball like a pro, you’ll need to buy or rent a better gun, which is the electronic gun.

In contrast to the mechanic weapons, this gun allows the player to shoot more quickly. On the other hand, unlike electric weapons, mechanical guns do not require electricity and are less costly. Paintball guns can be found in stores that sell Paintball equipment or online.

Before making a purchase, make sure to do extensive research. Learn how to maintain and clean it as well so that you can make the most accurate shots on the ground.

Paintball Mask (How To Play Paintball)

This risky sport necessitates the use of a safety paintball mask and goggles. You are not eligible to compete unless you are wearing a mask. Purchasing a high-quality protective Paintball mask will pay off in the long run. If you’re on a tight budget, you can always rent one.

READ:  [Updated] How Do Paintball Tournaments Work? | 2021 A Simple Guide

Many safety paintball masks have a tendency to fog up, making it difficult to see clearly. To prevent this, you may want to suggest a Paintball mask that allows you to breathe more easily while also reducing fogging for clear vision.

Other Protective Gear – (How To Play Paintball)

Paintball resemble pods made of non-toxic, water-soluble pigment and encased in a gelatin outer shell. You will be given a specific color set regardless of whether you choose to compete individually or in a group. 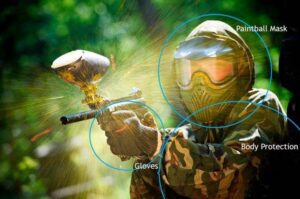 In this way, determining the winning team or candidate becomes much simpler. If you purchase directly from the arena or from sporting goods stores is entirely up to you.

A Paintball can leave a small bruise on your skin as soon as it hits you. Though it isn’t too painful. However, it is always appropriate to safeguard yourself. The following items are included in the additional safety equipment:

How Do You Begin Playing Paintball?

When it comes to team competition, coordination is critical. Team players would be able to organize attacks, movements, and strategies more efficiently if they interact effectively. Before going out on the pitch, it’s important to have a team meeting to plan out who will collaborate and what hand signals the team will use.

It would be easier for the other team to find out the next move or position if you scream about them. As a result, using hand signals and gestures is a perfect way to communicate.

Since Paintball is such an adrenaline-fueled fighting sport, it’s easy to channel your inner Rambo and adopt a lone-wolf attitude. However, you’ll quickly discover that this is an unsuccessful way to win games — and a very effective way to be taken out if you happen to run into a group of enemies.

Unit tactics are not only an integral part of the game, but they also make it more fun and social. Paintball is a popular choice for corporate team building activities because of its focus on communication and team tactics.

Communication is a top priority when it comes to learning how to play paintball effectively for many reasons. For instance, it means that everyone on your team is on the same page and can plan and conduct tactical maneuvers including raids and ambushes.

Second, it means you’ll be more efficient at detecting enemies, making it harder for them to ambush you or creep up behind your team.

Keep Moving (How To Play Paintball Like A Pro)

When you’re on the floor, one of the most effective tactics is to keep going. It’s important not to wander aimlessly. You can select a particular move and then execute it. You should also be mindful of when to take cover and bunker up.

Wait for the right moment when the competitors show their true colors and make mistakes. Get a strategic edge and make a smart move from here.

Staying in the same place for too long will draw the attention of the opposing team, no matter how well hidden you think you are. This will make it much easier for them to target you with close-range and long-range shots, as well as maneuver around you for an easy kill.

Although charging in recklessly will almost certainly get you into trouble, it’s critical to advance far enough so that you’re a valuable asset to your team and aren’t forced to retreat into a corner. Furthermore, continuously running has a slew of health and fitness advantages!

You should also pay attention to how you move; if you’re hesitant, predictable, or clumsy in any way, you’ll be an easy target when seeking cover. Dodging paintballs would not be a problem if your name is Neo and you happen to be The One.

If that fails, running in a zig-zag pattern can make it even more difficult for the other team to take you out of the game. You’ll also find that staying low to the ground when running, rather than bolting upright, gives you a better chance of avoiding detection.

If you love action movies, a heroic approach might be the way to go for the ultimate action. Make sure you’re familiar with your surroundings and have enough intelligence to craft an effective plan before you unleash your assault.

Throughout your thrilling game, stealth is important for obtaining new knowledge. As a result, you’ll be able to keep a close eye on your opponents’ movements and ensure that your squad is well-versed in these particular positions.

This is especially crucial for achieving your defensive goals, planning for ambushes, and staying one step ahead of your opponents.

While charging in gung-ho has its appeal — particularly if you enjoy action movies from the 1980s and 1990s in which the good guys are bulletproof — it is a surefire way to be eliminated quickly. It’s critical to familiarize yourself with your surroundings and gather enough information to establish a viable plan before launching an assault.

Stealth will be important for collecting new information in the game, as you’ll be able to track enemy movements and warn your team of their positions. This will be necessary for defending goals, planning ambushes, and remaining one step ahead of the competition at all times.

Take a stroll around the field before your match to mark out the boundaries for all teams. It’s important to note that your pitch shouldn’t be too wide or too small.

A 150-yard field is a decent size for a three-on-three-player team. If you have a larger group of 16 to 18 people, you may need additional space. Be sure to clearly mark the boundaries and make others aware of them.

Understand the aim of your game

The ultimate goal of the game must be recognized by all members of the community. Whether you’re playing capture the flags or a basic knockout game, make sure your team is aware of the rules and objectives.

Also, make a note of the time frame that we suggest is not too long. Long tournaments are tedious for those who are eliminated early on.

As a result, keep it brief and exciting. The competition begins after both teams have established their respective bases. Both teams give each other the signal that they are ready to play, and the game begins.

For the safety of players and spectators, each paintball field has its own set of rules that must be followed at all times.

A 3m law, for example, is used in some locations. You are not permitted to fire if you are more than 3 meters away from another player.

Furthermore, some establishments award performers with unique bonus points based on their tactical abilities. While there are several variations and local games, the basics are always the same.

This will stifle your passion, and you will inevitably lose. It’s critical to resupply during the breaks and make the most of combat packs to transport extra ammunition.

Also, keep a close eye on your surroundings as you move through the war zone. Create a mental map of the area where you’ll be playing and try to anticipate your opponents’ moves throughout the game.

Taking the proper coverage and stealth is one of the most important skills to master for paintballing. While it is important to protect yourself and hide in the appropriate locations, you must also ensure that your vision is not obstructed.

Many beginners hide to keep themselves safe, and as a result, miss out on all of the action. In addition, they set themselves up for a possible pit. Check to see if there are any other opponents in the area and change your next moves accordingly. Keep a low profile and shoot wisely!

When one team completes its goals, the other players on the field should be told as well. Remove your masks only after the barrel covers or plugs have been placed on a loaded gun.

When you’ve finished the first competition, pass on to the next and repeat the tips you learned earlier.

But what if you don’t have any paintballs left in your loader or have run out entirely? There is always hope! If you’re pinned down and need to flee a firefight, the noise your gun makes might fool players into believing they’re being shot at.

This will cause them to scramble for cover before the shooting ceases, allowing you plenty of time to flee. But don’t overdo it; they’ll soon find it out and start throwing paintballs at you.

Paintballing comes in a number of game versions, but the majority of them follow the same set of rules. Here’s how to do it:

How to Clean Paintball Guns ( The Ultimate Guide ) 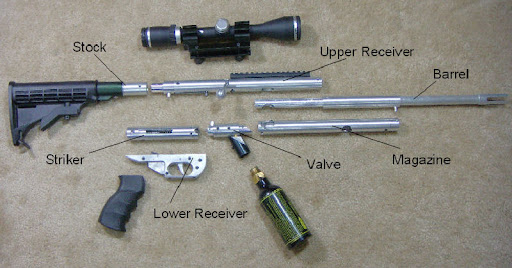 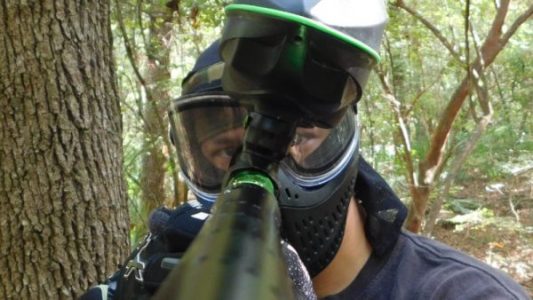 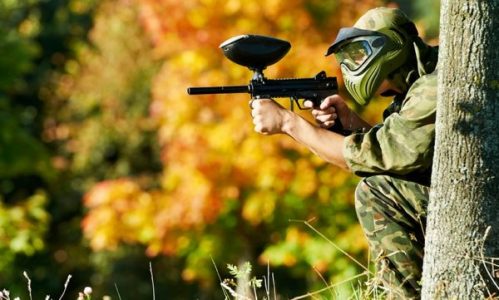